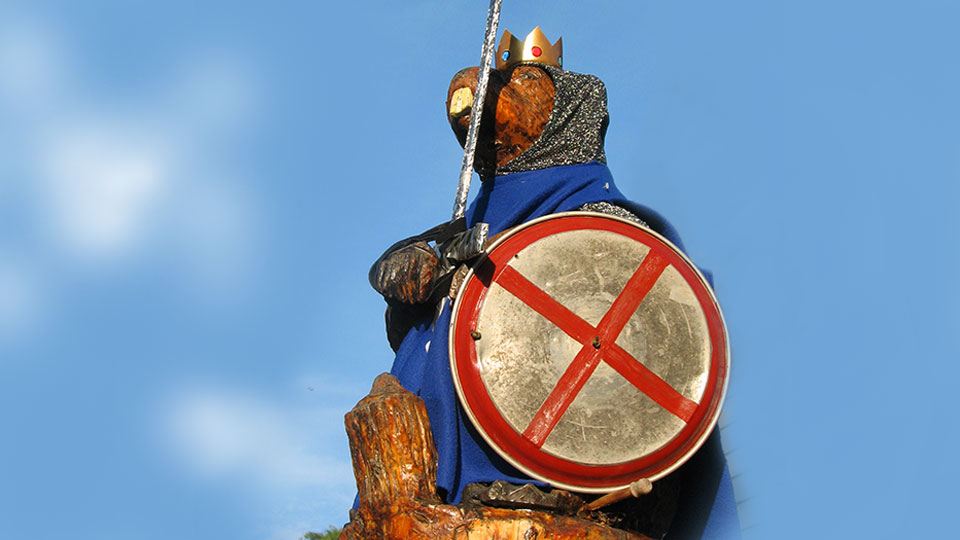 Here’s a 952-year-old photo of William the Conqueror at the Battle of Hastings — the last time Britain was successfully invaded.  William replaced the British King, Edward the Confessor, who died childless. (Political note:  kings without children often results in messy succession squabbles, similar to the recent Kavanaugh hearings.)  (Another Note:  William had a huge incentive to conquer Britain, since he was commonly known as William the Bastard prior to his adventure on the British Isle.)

Who ruled England before the Norman Invasion?

That would be the Anglo-Saxons — Germanic invaders who mixed with the British natives after the Romans departed about 400AD.

Who were the Normans?

Normans (or Northmen) were Vikings who had previously conquered and settled into Northern France, or Normandy.  The Normans, like their Viking ancestors, were talented sailors/soldiers, for in addition to conquering England and Northern France, they also went South for the holidays and conquered Sicily, Malta, Cyprus, Canary Islands as well as parts of Spain and Italy.

How did the Normans change England?

How the Normans Changed History: