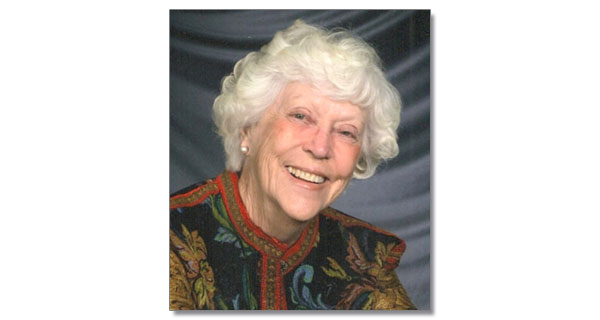 Jacquelyn “Jackie” Fure passed away at the University of Wisconsin Hospital in Madison on Saturday, February 9, 2019.

Jackie was born March 8, 1934, in Tacoma, Washington to John and Pearl Malloy. She was born the fifth of five girls in the Malloy family. Shortly after her birth, the family moved to Los Angeles before eventually settling in Walla Walla, Washington. She graduated from DeSales High School in Walla Walla and attended Washington State University in Pullman, Washington. On May 14, 1954, she married Clyde Killingsworth of nearby Pomeroy, Washington who was also attending Washington State. They subsequently had three children: Joan, Mark and Tom.

While Clyde worked for Green Giant, they lived in Washington, Idaho and Minnesota before moving to Beaver Dam, Wisconsin in 1969.  Clyde passed away in 1974 and Jackie decided to remain in Wisconsin.

She was preceded in death by her parents and her sisters Pat, Margaret and Pauline and is survived by her sister Phyllis.

She was also preceded in death by her husbands, Clyde Killingsworth, George Parisi and Percing ”Cap” Fure.

A memorial gathering will be held at Cornerstone Funeral & Cremation Services, 135 Keller Blvd., Beaver Dam, on Saturday, February 16, from 1 p.m. until the time of the memorial service at 3 p.m. Inurnment will take place at Oakwood Cemetery, Beaver Dam, at a later date.

If desired, memorials may be directed to the Dodge County YMCA, Beaver Dam Area Community Theatre or to a charity of your choice.  Many grateful thanks to Beaver Dam Community Hospital and the University of Wisconsin Hospital.  Our family also thanks the Good Samaritans who helped Jackie after she fell outside her home last Friday.

Cornerstone Funeral & Cremation Services in Beaver Dam is honored to be serving the family. Send private online condolences or sign the family’s guest book at www.cstonefs.com