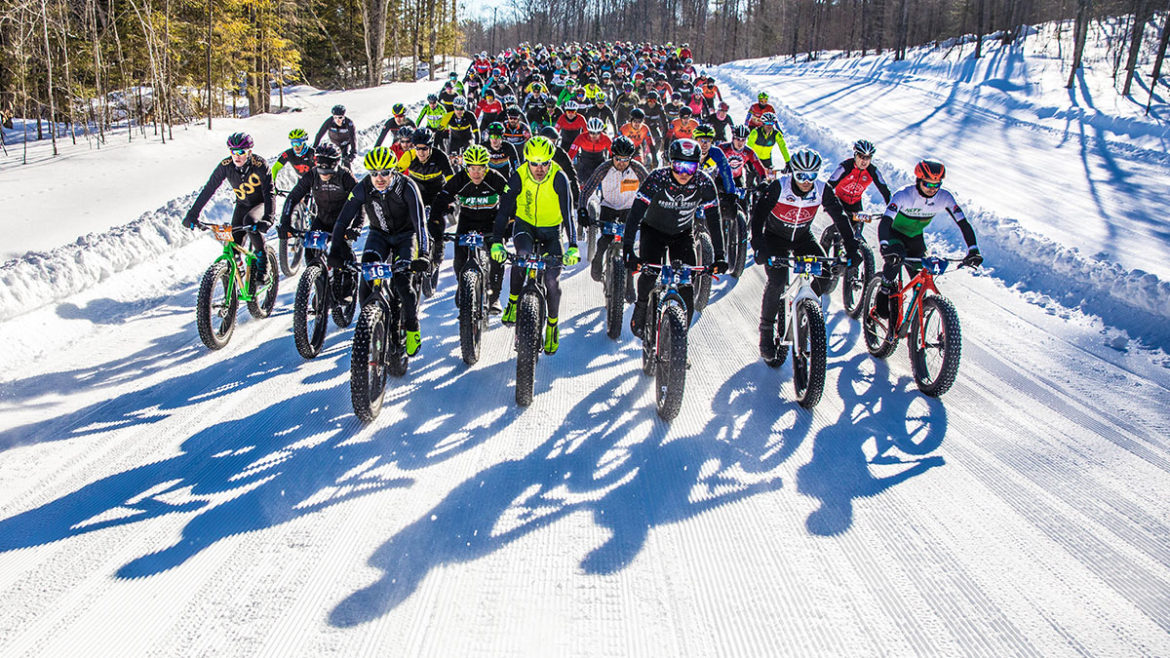 With only days to go, on Saturday, March 9, 2019, the American Birkebeiner Ski Foundation (ABSF) will greet over one thousand fat bikers to Cable, Wisconsin to test their expertise and skill at the 45NRTH Fat Bike Birkie, the world’s largest fatbike race held on the legendary Birkie Trail. Included in the field of riders is Ted King, former professional racer and current professional rider who will participate in his first ever Fat Bike Birkie.

The Birkie Trail is widely known as a destination for cross-country skiers, however, once a year, the iconic snow-covered trail plays host to fat bike riders from all points north, south, east, and west. For two days only, on the trail normally groomed exclusively for cross-country skiers, riders will take part in the 45NRTH Fat Bike Birkie, presented by Freewheel Bike. The Fat Bike Birkie offers three riding options, the 45NRTH “Big Fat” 47K race, the OTSO “Chico” 21K race, and, new in 2019, the Salsa 10K Tour. A festival atmosphere will greet riders and spectators alike, as fat bike enthusiasts gather at the American Birkebeiner Trailhead near Cable, Wis., forthe start and finish of this year’s events.

Fat Bike Birkie festivities begin on Friday, March 8 and extends through Saturday, March 9, with two days of fun, food, demos, and riding. Interested riders can register for Fat Bike Birkie races, or the Tour, through Thursday, March 7, at 11:59pm. A full schedule of events is available atBirkie.com.

“Now in its seventh year, the Fat Bike Birkie has continues to grow. From fewer than 200 riders in 2013 to over 1000 riders in 2019. The growth has been exponential and the excitement much the same! And, with the addition of the new 10K Tour, we have riders of all skill levels participating in this weekend’s event,” said Ben Popp, Executive Director, American Birkebeiner Ski Foundation.

Excellent course conditions and a camaraderie filled atmosphere will greet riders as they adventure their way through the north woods on the legendary hills of the Birkie Trail. Amongst the riders will be Ted King, a top ranked American on the US domestic circuit who traveled the world and climbed in the ranks to compete as a World Tour pro in Europe’s most hallowed races including the Giro d’Italia and Tour de France. After racing professionally for a decade, Ted retired at the end of 2015. King’s post ProTour career brought with it the opportunity to go from a Professional Racer to a Professional Rider. King now works with top cycling brands, leads camps, creates events, and is the host of “King of the Ride” podcast.

“It’ll be exciting to have a rider the caliber of Ted King as part of the field vying for the top step on the podium,” said Popp. “We’re looking forward to an exciting race and it’ll be great to see so many riders on the trail engaging in a healthy, active, Birkie lifestyle.”

For anyone interested in trying out a fat bike, the Fat Bike Birkie Expo will be provide an opportunity to test out the latest bikes and gear. Open both Friday and Saturday at the American Birkebeiner Trailhead, the public is invited to experience the latest gear and products from 45NRTH; Freewheel Bike; Salsa Cycles; Anderson’s Maple Syrup; Borah Teamwear; Corner Deli; Framed Bikes; GU Energy Labs; Hayward Coffee Company; HED Bicycle Products; Otso Cycles; Specialized; TERRENE Tires; Toko; UnTapped; and New Moon Ski and Bike Shop. Everyone is invited to the Mountain Bike Radio Lounge for a chat, a cold beverage, a warm fire, and maybe even a little SWAG.

The over 100-kilometer Birkie Trail spans two counties – Bayfield and Sawyer in NW Wisconsin – and provides recreational opportunities for skiers in winter, and for hikers, runners, and bikers in spring, summer & fall. The Trail is open nearly 365 days a year. It’s no wonder Wisconsin consistently ranks as one of America’s best places to bike and NW Wisconsin has become a destination hot spot for fat bike riders with more than one thousand miles of great off-road bicycling opportunities throughout the state.

Poetry: from the book “bringing flowers to the tavern” – page 11