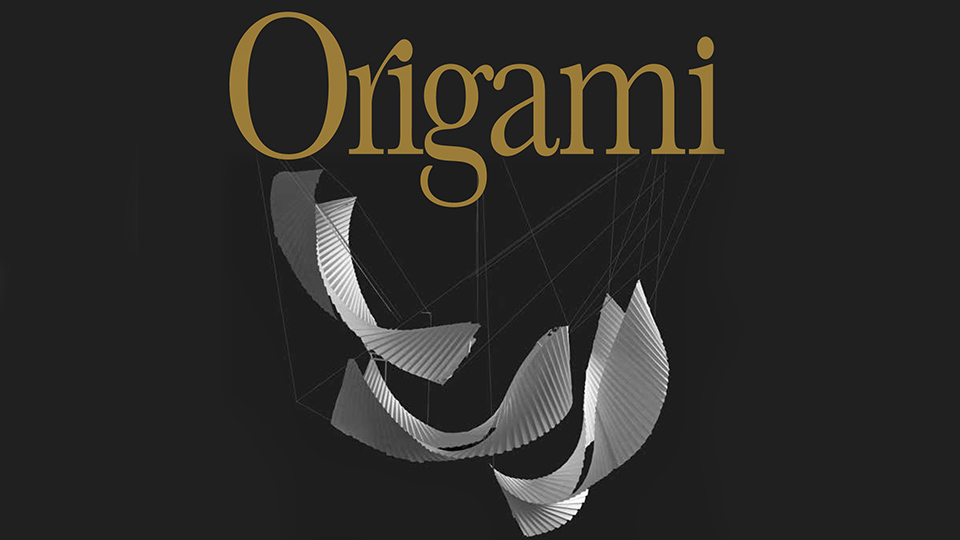 “Above the Fold: New Expressions in Origami” comprises bold sculpture, large-scale installations, and conceptual artwork by nine international master folders representing a cross section of contemporary origami artists. Emerging from its roots in traditional Japanese paper folding, origami is a highly sophisticated, global art form. Since the mid-twentieth century, new designs, varied folding techniques – fromdampening and stretching, to folding, pleating, and twisting – and complex mathematics enabled folders worldwide to take origami to new heights. Bridging the realms of art and science, origami concepts impact architectural and computer-aided design and are reflected even in our folded DNA. These origami artworks – from floating, organic forms to conceptual book sculptures emerging from the Torah and the Koran, also explore ideas as varied as infinity, sustainable design, and world peace.

Two “Above the Fold” artists, Jiangmei Wu and Robert J. Lang, will share insights into origami innovations during presentations, a gallery walk, and workshops during artist residencies at the Woodson Art Museum, January 18-19, and February 22-23, respectively. “Above the Fold,” the first traveling exhibition to bring origami installations from around the world to North America, was curated by Meher McArthur and the tour was organized by International Arts & Artists, Washington, D.C.

“FaunaFold” features origami creatures by artist and physicist Robert J. Lang, renowned for his complex, life-like figures of insects, birds, and beasts and considered one of the world’s leading origami masters. A pioneer of the cross-disciplinary merging of origami with mathematics, Lang consulted on origami applications to engineering designs ranging from air bags to expandable space telescopes. Two Lang artworks – a koi pond installation and a modular artwork with an infinite crease pattern – appear in “Above the Fold.” Lang’s work also extends into “Alchemy Unfolding,” the third origami exhibition at the Museum.