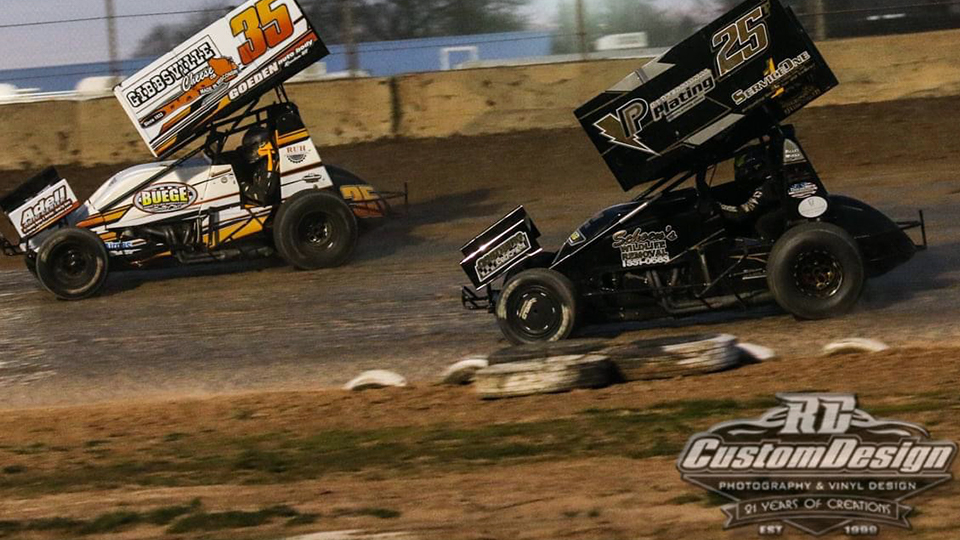 BY: (PEDAL DOWN PROMOTIONS)

A highly competitive field of Akright Auto Parts of Sheboygan Falls Midwest Sprint Car Association 360 Sprint Car drivers is expected to converge for a high-speed battle in tribute to a late Southeastern Wisconsin racing legend for the inaugural Fuzzy Fassbender Classic on the MSA series’ fastest track – the Dodge County Fairgrounds “horsepower half mile” in Beaver Dam, Wis. on Friday, May 28.

The special event is set to be run in memory of Ernest “Fuzzy” “The Hound” Fassbender, who was a highly successful Modified driver during his lengthy racing career, which ran from 1949 to 1982, as well as one of the key organizers and contributors to the racing program at the Dodge County Fairgrounds facility over the years.

Fassbender, who passed away in January 2019, was part of the inaugural class to be inducted into the Southeast Wisconsin Short Track Hall of Fame in Hartford in 2007.

Four-time MSA champion Brandon McMullen of Oshkosh, who is running a limited MSA schedule this year, swept series action at the high-speed Dodge County Fairground facility last year, with victories on September 25, as well as in the fourth annual Harry Neitzel Memorial race on Sept. 4.

Among the favorites to visit victory lane in the debut edition of the Fuzzy Fassbender Classic are current MSA point leader Travis Arenz of Sheboygan, who has tallied two MSA A-main victories in 2021, as well as 2011 MSA champion Ben Schmidt of Howards Grove, who has also visited victory lane twice in MSA competition in 2021, and five-time MSA champion Kurt Davis of South Milwaukee, who won the 2017 Harry Neitzel Tribute Race at the Dodge County Fairgrounds and owns one MSA A-main win in 2021.

Also on the card will be the Bumper to Bumper Interstate Racing Association 410 Sprint Car Series, along with the Modified division.

Pit gates open at 3 p.m., spectator gates are set to open at 4 p.m. with warm ups at 5 p.m. and hot laps, qualifying and racing to follow with opening ceremonies slated for 6:30 p.m.

You May Also Like: Fuzzy “The Hound” Fassbender – Feature article in LocaLeben Magazine

Theatre For Everyone – Mural Dedication

Artists without Borders: Reflections on Art and Place...