“MBR Bookwatch” features a review of “Fred the Beavercorn” 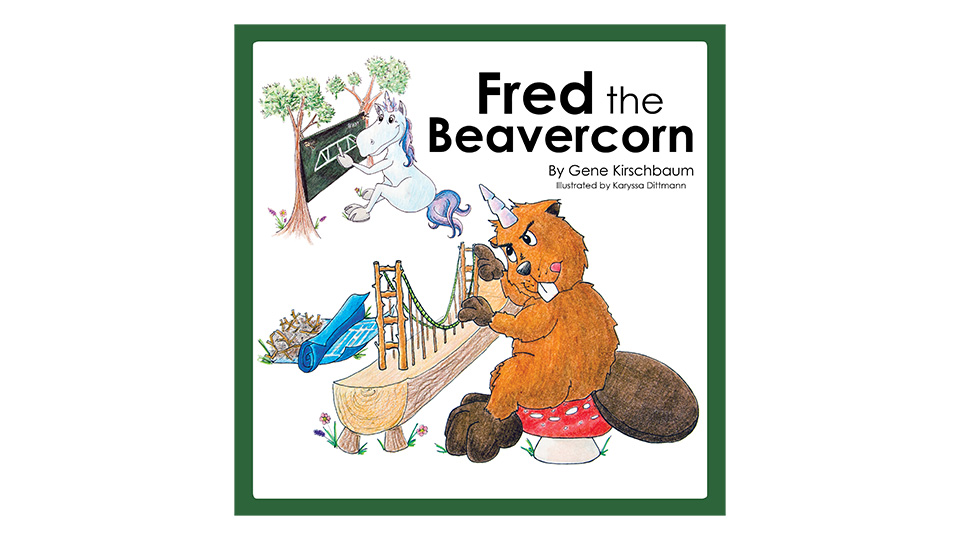 “Fred the Beavercorn” is the mythical tale of Fred, the son of a union between a loving beaver mom and a free spirit unicorn father. Fred inherited traits from both parents, tending to be very busy and also being a free spirit. Young Fred frequently got into mischief, such as tailboarding and holding on his Papa’s tail while running to explore the world. Fred grew up near Beaver Dam, WI, sometimes wondering why his two very different parents got together. Although his mother was always hardworking, building dams and providing for her family, while his father was running and following his dreams, the two always shared the sunset, which they called “God’s Canvas.”

Fred asked his mother why she worked so hard, and she told him it was important to work hard and do her duty to provide for her family. He asked his father why he was such a free spirit and he answered it was important to follow your dreams and let his passions tell him what to do. when Fred asked his mother why she was attracted to his father, she answered, “Because of his integrity.” When he asked his father why he was attracted to his mother, he answered the same thing, because of her integrity. Fred considered both answers and decided he needed to prepare himself for a life of caring for his family while following his dreams, doing what he loved. He decided to study hard in school to prepare himself for a wonderful job which would provide for his family and which he loved.

Amusing, specific colored illustrations suggest that Fred had bridge building architectural talents and leanings that he would polish. Beavers are mortal, having a 30 year lifespan, but unicorns are immortal mostly, so Papa Unicorn outlived Mama Beaver. The story finishes with Papa Unicorn swimming off with a mermaid and beginning a new life up North, where he helped raise a family of narwhals. “Fred the Beavercorn” is a delightful fantasy with a few groundings in reality which helps young children age 2-3 and up to understand concepts of duty and responsibility, compatible differences and being true to your dreams.

Justmann’s emotional reflection on year as Fairest of...