Today is Fathers Day and on this day in 1673 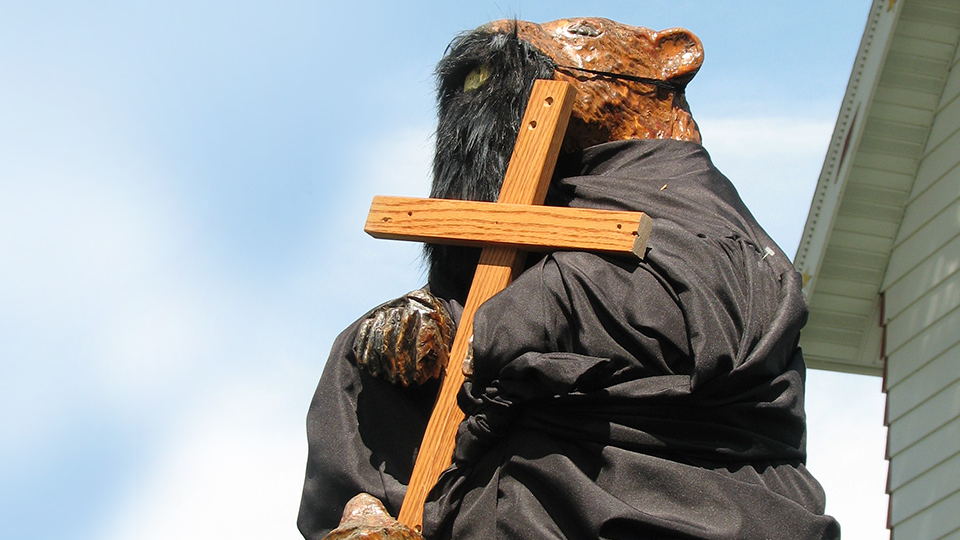 Father Jacques Marquette
On June 17, 1673, Father Jacques Marquette and his traveling companion, Louis Joliet, reached the Mississippi River (at Prairie du Chien), on their journey from St. Ignace, Michigan, to explore the Mississippi and determine whether it offered a water passage from the Great Lakes to the Pacific Ocean.
Unfortunately, they found that the Mississippi empties into the Gulf of Mexico, rather than the Pacific Ocean.  However, they discovered a vast number of things about the State of Wisconsin, including an easy portage from the Fox River to the Wisconsin River at a place that has been coincidentally named: “Portage” (population 10,365).
Father Marquette was born in France and he was the perfect Jesuit to explore Michigan, Wisconsin, and Illinois territories, since he was a language sponge and quickly learned six different native languages.
Here’s a map of their travels: 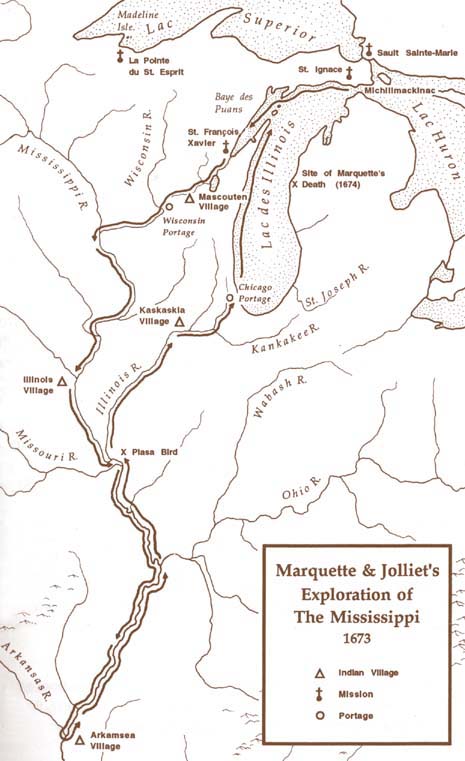