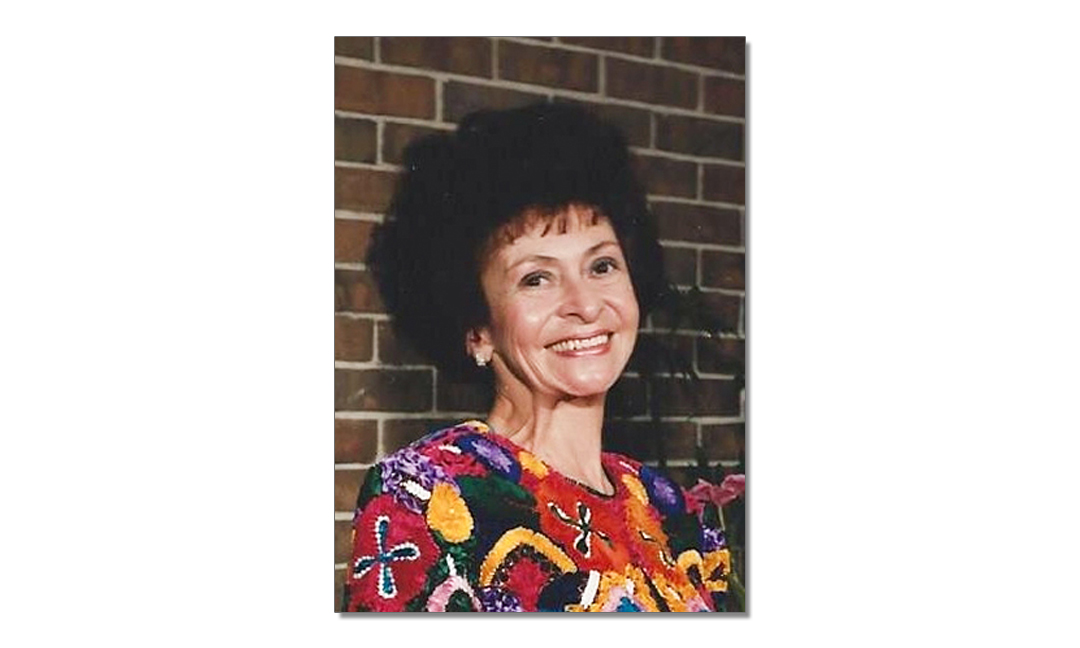 Patricia “Pat” A. Davis, age 77, of Beaver Dam passed away peacefully on Saturday, November 8, 2014 at Meriter Hospital in Madison.

Pat was born on August 31, 1937 to Joseph and Isabelle (Selchert) Planasch. She attended St. Peter’s Catholic Grade School and graduated from Beaver Dam High School in 1955. Pat was a true lady with a warm and beautiful smile. She was very social and loved being out and about talking with people. She had a way of relating to strangers and bringing out conversations with them. After she was united in marriage to William R. Davis on February 23, 1957 in Cherry Point, NC, she became the wife of a career Marine, enjoying their many travels. It never bothered her that she had to move someplace different every couple of years; she made friends wherever she was planted. Pat never learned how to drive; she made one attempt while Bill was in Vietnam that didn’t go so well, so she decided to stick to her own two legs, and could very often be seen walking everywhere…groceries and kids in tow. If it was raining, the kids got the treat of riding in a taxi. It was always fun going with Mom to the “beauty shop”. If we were good, she would treat us to a malt on the way home, as long as she could have a sip, never wanting an entire malt for herself.

She became a widow at the young age of 41, when Bill was tragically killed in an accident. This was a very difficult time for Pat. She was a strong woman, but even this was very trying on her. She did her best. A few years later, she met Robert Neuman and she and Bob would spend the next 33 years together. They both enjoyed traveling to Mexico many times, but they truly enjoyed the years they got away from the cold in Wisconsin and would spend winters in Texas and sometimes Florida.

Pat also enjoyed her many years of involvement with the Marine Corps Auxiliary and always looked forward to “Club” with her high school friends whom she loved keeping in touch with over the years. We never really knew exactly what went on during “Club”, but we know there was a lot of laughter and good times with a great group of longtime friends. Pat was also a member of the former St. Peter’s Catholic Church in Beaver Dam.

We love you Mom. We will miss you so very much.

Pat is survived by her children, Tammy Davis of Beaver Dam; Cynthia (Leon) Klinger of Beaver Dam; Brenda (Dennis) Steinkraus of Beaver Dam and Michelle (Paul) Merrill of Juneau; her grandchildren, Nathan, Cali, Zachary, Ian, Jody, Melissa, David, Lexi and Drew; her great-grandchildren, Isaac, Lucas, Logan, Riley and Calvin; her brother-in-law, Gerald (Wanda) Davis of Kendallville, IN; Bob Neuman, her companion for 33 years and his children, Tom, Rick and Clark; and further survived by nieces, nephews, other relatives and friends.

She was preceded in death by her parents; her husband; two brothers, Michael and Ronald; and other relatives.

A Celebration of Patricia’s Life will be held on Friday, November 14, 2014 at 1:00 p.m. at Conerstone Funeral & Cremation Services, 135 Keller Blvd., Beaver Dam. A memorial gathering will be held prior to the service at Cornerstone, beginning at 11:00 a.m. Inurnment will take place at a later date at Oakwood Cemetery, Beaver Dam.

Cornerstone Funeral & Cremation Services in Beaver Dam is honored to be serving the family.

You may send private online condolences or sign the family’s guest book at www.cstonefs.com