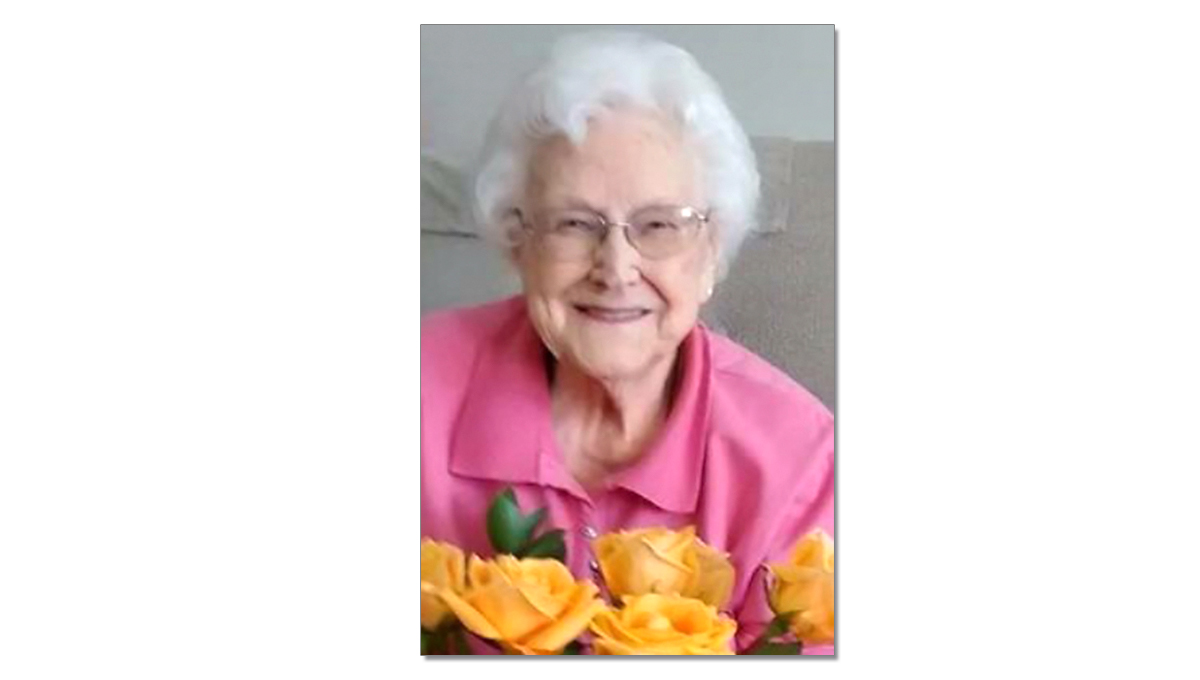 Goldie I. Rudey, 95, of Beaver Dam passed away peacefully on Friday, April 7, 2017 at Hillside Manor in Beaver Dam.

A visitation for Goldie will be held on Tuesday, April 11, 2017 from 10:00 a.m. until 11:00 a.m. at First Ev. Lutheran Church in Beaver Dam.  Funeral services will begin at 11:00 a.m. officiated by Rev. Terry Larson and Vicar Tim Knipfer.  Interment will follow at Highland Memory Gardens in the town of Trenton.

Goldie was born on September 20, 1921 in the town of Trenton to Herbert J. and Bernice (Strieff) Gallenbeck.  On June 27, 1942, she was united in marriage to Orville H. Rudey at St. Stephen’s Ev. Lutheran Church in Beaver Dam.

Goldie had been employed as an inspector for 27 years at Beaver Specialties.  She was a member of First Ev. Lutheran Church.  She was also active in the Ladies Aid and the Retirees of the church.  She enjoyed flowers, gardening, crafts, baking and music.

She was preceded in death by her parents, her husband Orville in 2005, three brothers: Merlin, Herbert, and Lyle; four sisters: Eldora, Alvina, Ruth, and Irene, and her great granddaughter Jennifer Hotmar.

Memorial donations for Goldie may be directed to First Ev. Lutheran Church Ladies Aid or to Hillside Hospice.