Resolve To Be A Better You Every Day 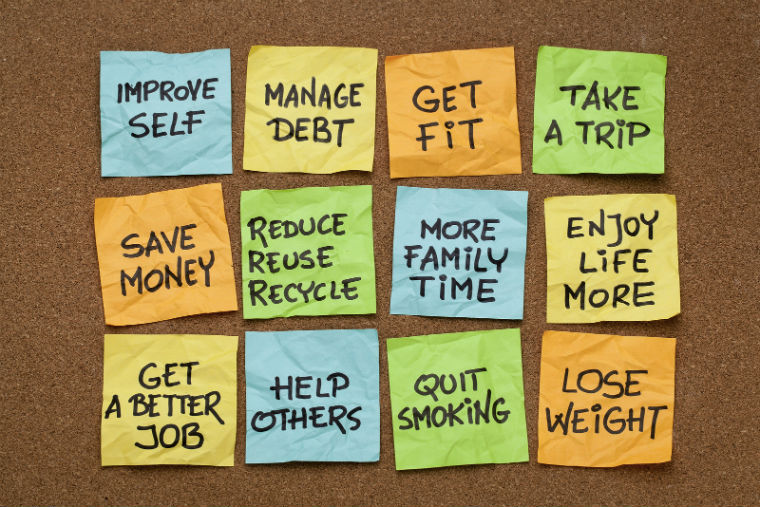 Last year’s New Years’ Eve ramblings were about resolutions. To be factual, I wrote to remind you that few people keep New Year’s Resolutions beyond the first month. Changing mind sets is a process and not something that can be done overnight or at the stroke of Midnight on January 1st.

Waiting until January 1st is not the ideal time to begin any lifestyle change. Why? Because it is easier to quit. Be honest, no one expects anyone to stick to their New Year’s Resolutions. That is why we make the same ones year after year. There is no time like now to do anything. Waiting for a milestone is too long. We should wake up every day wondering how we can improve ourselves over the person we were the day before.

A journey of 1000 miles begins with the first step. Each step taken gets us closer to the goal. So why do we wait until the first of the year to take the first step?

18 months ago we started a journey towards medical fitness that continues to evolve. Like most people who make drastic changes in lifestyle, our change started with a trip to the Dr.’s office. After 3 consecutive bad blood tests and 3 consecutive lectures in the office from my Dr. about eating better, he documented the bad news and sent a letter to my home reminding me of his advice.

It was the letter that began our lifestyle change. Was the letter beautifully worded or powerfully persuasive? Nope, but it was the catalyst. How? First of all, it used the word diabetic to describe my health and the letter found its way into my wife’s hands. As soon as she read the word diabetic, she asked me when that happened and I said well…my last 3 blood draws showed elevated blood sugars, but he said I don’t need insulin yet.

That was not an acceptable answer. Sherisse took the possibility of my diabetes very seriously and a new regimen of food began. It began humbly. No more bread, and it built from there. Then no soda. Then no processed foods. And on and on.

So you are thinking that I eat foods that are not fun to eat. Absolutely not! I love good tasting foods. To break a bad habit, you must replace it with a good habit. In my case I was eating foods that my body processed into sugars and made me diabetic. It was not enough to just stop eating bad foods, I needed to replace them with good foods.

Making a lifestyle change is so much more than the lack of bad behavior. Success occurs when bad habits are replaced with good habits. It takes the mind off of reverting to old bad habits. It is literally starting over. not an end, but a new beginning. Perhaps this is why so many choose the first of the year to attempt change.

What do I eat? Good question. I had pecan pie for thanksgiving and Christmas. The crust was made of ground nuts and seeds, the sugar was replaced with coconut sweetener and honey. We had stuffing, again not made from bread, but from ground nuts and seeds. We had turkey and ham.

I eat more food more often now than I did when we started. I weighed 245 pounds when Joseph And The Amazing Technicolor Dream Coat struck in July 2013. Today I weigh exactly 200 pounds. I’ve been plus or minus 5 lbs of 200 for 6 months. I wore 36” waist pants then, I wear 32” now. Cholesterol and blood sugars are roughly ½ and the word diabetic was removed on my chart.

It started in August 2013. Had we waited for a New Year’s Resolution, I would’ve been 5 to 6 months less healthy and most likely would’ve never started the process.

Cherish the precious present. If today is the day you need to succeed, then do it. BUT…if your are of the 85% that fail before January 31st, start over on February 1st. If you fail again by Valentine’s Day, start again on February 15th.

I think you get my gist!

The Social Luxury of Beer – November/December 2014

Fairest of the Fair candidates sought