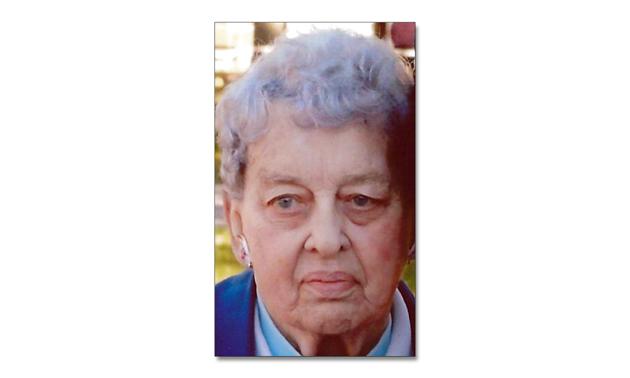 Visitation for Gloria will be at Koepsell-Murray Funeral Home, 716 Clinton Street in Horicon, on Tuesday, July 28, 2015 11:30 AM to 12:50 PM.  Funeral services will follow on Tuesday at the funeral home at 1:00 PM with Rev. Daniel Seehafer officiating.  Burial will follow at Oak Hill Cemetery in Horicon.

Gloria Leona was born on June 21, 1928 in Horicon, Wisconsin to the late Richard and Hattie (Froemming) Thrun.  On October 16, 1948, She was united in marriage with Marlen E. Zirbel at St. Peter’s Lutheran Church in Kekoskee.  Gloria lived for her family.  She was a loving wife and mother who loved to cook and bake.  She also cleaned many houses in the Horicon area for many families.  She was an active, long-time member of St. Stephen Lutheran Church in Horicon where she taught Sunday School for more than 20 years, was active in the Altar Guild, and sang in the choir.  Gloria also enjoyed playing cards.

Survivors include her twin sons, Jon (Wendy) Zirbel of Juneau and Jan Zirbel of Horicon; four grandchildren, Elizabeth, Natalia, Cory, and Chase; nieces, nephews, other relatives and friends.  Gloria was preceded in death by her parents; her husband in October of 2014, her brother, Elroy Thrun; and her special nephew, Richard Thrun.

The Koepsell-Murray Funeral Home in Horicon is caring for the family. To leave online condolences, or for directions and other information, please visit our website at www.KoepsellFH.com