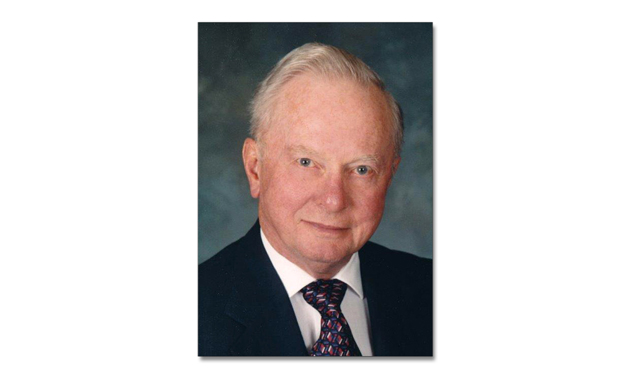 Leland was born in Beaver Dam, the son of William and Charlotte (Marquardt) Raddatz. After graduating from Beaver Dam High School, he was drafted into the United States Army in January of 1943. Assignments during World War II included: Camp Blanding, FL; Fort Bragg, NC; G5, Depot England; France and Germany while attached to the US Third Army. He was separated from the Army in November of 1945. After returning home to Beaver Dam, he accepted a machinist apprenticeship with the Geo J. Meyer Company in Cudahy, WI. He was united in marriage to Marjorie Schoenfeld on October 27, 1946 in Beaver Dam. Upon completing his apprenticeship, he joined the Army Reserves and requested an Active Duty assignment, serving in a variety of roles including: Engineer of Heavy Equipment Unit; Engineer Construction and Combat Units; Ordinance, both Direct and General Support; Ordinance School Instructor, including OCS classes; and Advisor Team at the Vietnamese Army Arsenal. Leland served his country in a variety of locations including: Ft. Leonard Wood, MO; Army of Occupation Germany in Baumholder, Germany; Ft. Bragg, NC; Orleans, France; Hanau, Germany; Aberdeen Proving Grounds, MD; Ft. Sill, OK; Dong Tam and Saigon, Vietnam. Awarded a Bronze Star, Leland was honorably discharged at Dugway Proving Grounds in 1972.  After his discharge, he worked briefly in Saudi Arabia, then rejoined the Army as a civilian employee in Tooele, UT and Rock Island, IL. In 1983, Lee stared a second career an Army Ammunition Manager in Savanna, IL.  Following his training and certification, he served tours of duty at Anniston Army Depot, AL and with the 15th Ordnance Battalion in Friedberg, Germany.  Being assigned in Europe allowed Lee to travel extensively, enthusiastically photographing everything he found interesting.  He eventually retired and returned home to Beaver Dam in 1996.  Lee and Marge traveled throughout the U.S. to visit their children and attend gatherings of his former military comrades.  Lee was a proud  member of the John E. Miller American Legion Post 146.

Leland is survived by his wife, Marjorie of Beaver Dam;  son John Raddatz of White Salmon, WA; granddaughter Angela Raddatz Firari, her husband Perry and their children Miranda, Trevor and Bella; daughter  Debra Rothenberg of Salt Lake City, UT, her husband Robert, their children Shauna, Austin and Sheldon, and grandson Castiel.   He was preceded in death by his parents, twin brothers lost in infancy, and his younger brother Eugene.

A private graveside burial service will be held at Oakwood Cemetery, Beaver Dam with military honors provided by the John E. Miller American Legion Post 146.  In lieu of flowers, Lee requested that donations be made to Army Emergency Relief.