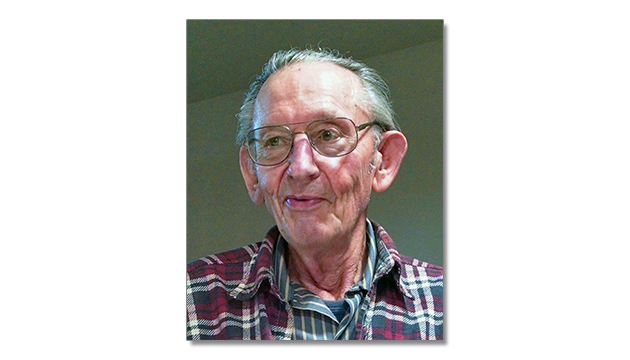 The visitation for Gene will be at Koepsell Murray Funeral Home in Beaver Dam on Thursday, September 28, 2017 from 3:00 pm to 7:00 pm.  On Friday, September 29, 2017, there will be a visitation at St. Stephen’s Ev. Lutheran Church in Beaver Dam from 10:30 am to 11:20 am.  Funeral services will follow at church on Friday at 11:30 am with Pastor Philip Heyer officiating.  Burial will be at Highland Memory Gardens.

Eugene Vohen was born on May 7, 1931 in Kewaunee, Wisconsin to John and Cecelia (Roidt) Vohen. He graduated from Denmark High School. Gene served in the United States Army during the Korean War from 1951 to 1953 and was honorably discharged from the Army Reserves on October 1, 1959. He was recently honored to travel to Washington DC as part of the Badger Honor Flight.  Gene was united in marriage with Lorraine Welk on November 28, 1970 in Beaver Dam. He proudly owned and operated Gene’s Tires in Beaver Dam. Gene was a life-time member of the American Legion Post #146 in Beaver Dam and was also a member of the VFW Post #1163 in Beaver Dam.  He was a member of St. Stephen’s Ev.Lutheran Church in Beaver Dam where he previously served as an elder and was a long-time usher. Gene was an avid outdoorsman.  Racing was a life-long love of Gene’s from when he was younger and built and raced his own go-carts to watching his grandson’s dirt track racing for the past 30 years.

Memorials may be made in Eugene Vohen’s name to St. Stephen’s Ev. Lutheran Church in Beaver Dam or the Badger Honor Flight.

Social Luxury of Beer: Why does Oktoberfest season start in September?