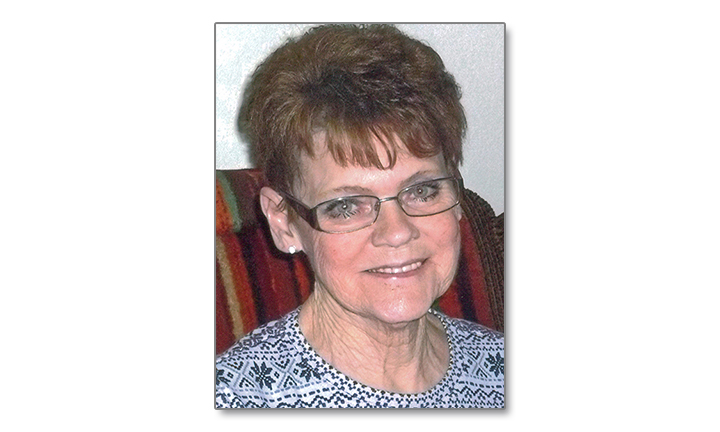 Jeanne was born the daughter of Herbert and Lila (Allen) Galston on December 2, 1943.  Jeanne was united in marriage on November 11, 1973 to Ron Mayberry.  Together they raised four children and fostered 21, and adopted one of their foster daughters. Jeanne was a member of Grace Presbyterian Church in Beaver Dam.

She was preceded in death by her parents; her father and mother-in-law: Clifford and Agnes Mayberry; her daughter, Robin; two sons: Donald Lueptow and Shawn Mayberry; three brothers; a sister-in-infancy; and her sister-in-law, Jenny (Victor) Heimrl.

A visitation will be held on Tuesday, November 15, 2016 at the Koepsell-Murray Funeral Home in Beaver Dam from 10:00 a.m. until the time of the funeral at 12:00 noon. The Rev. Chris Davis will officiate.  Inurnment will take place at Hillside Cemetery in Columbus.

Special thanks to Jeanne’s hospice nurse, Debbie for all the love and support she showed her.  Also, special thanks to her best friend of over 50 years, Jane Molz as well as her niece, Erin Kehoe with husband, Troy and daughter, Haleigh for opening their home to Jeanne for the past several weeks. Jeanne always appreciated the love and support from her brothers and sister.  She loved you all and wishes everyone God’s blessings.

If desired, memorials may be made in Jeanne M. Mayberry’s name to the American Cancer Society.